Did you know that matcha was once a delicacy that transported people to another world? The evil spirits of the mountains and rivers were everywhere, and how to swim the brink of life or death must have been a big challenge for all the samurai. Bloodbaths, lies, and betrayal. In the midst of all this distrust of humanity, a few moments to shed their swords and breathe a sigh of relief. Chanoyu played a major role in this production.

In an age where stimulants like those of today were few and far between, it is no wonder that warlords who risked their lives indulged in the tea’s arousing and intoxicating effects and the beauty of the tea ceremony. It is possible to assert that the dangerous beauty of the tea ceremony, which has been passed down to the present day, is a sinful culture born from the blood-stained plains of many samurai. The tea ceremony was a momentary “trip” to survive in a world where tomorrow was unknown.

425 years ago, Sen no Rikyu was ordered by Toyotomi Hideyoshi to commit seppuku (ritual suicide) because the beauty of the tea ceremony outweighed the dominance of military might. Beauty transcends politics. Was there ever a time when beauty transcended politics? I think it can be said that this is a triumph of human intellect.

What can we, living in the 21st century, who have been satisfied with everything, do with Rikyu in mind? To open our eyes and listen to the unseen world, to see it. To carefully explore the beauty of the world.

Perhaps it is not tea but sake that helps us to do this. Sake is a clear liquid made of rice, which is the heart and soul of the Japanese people. One sip or two, and even when things tend to go down, it instantly regains its cheerfulness, making you dance and open the door.

This is the site where the sake brewery of Fujisaki Chobe of Kimenzan, which has been moved to Yoriimachi now, used to be located. It is known locally as “eleven-ya” because eleven toji (chief brewers) were brought in from the Kansai region to brew sake. The teahouse is made up of three huge sake barrels.

Rice and tea. It would be my pleasure if you could think about these two tastes that support the soul of Japanese people. We hope that a cup of tea prepared by Fuyuko Kobori will be an invitation to the Shangri-la that will be reached some day after her death. Please enjoy the tea forgetting the real. 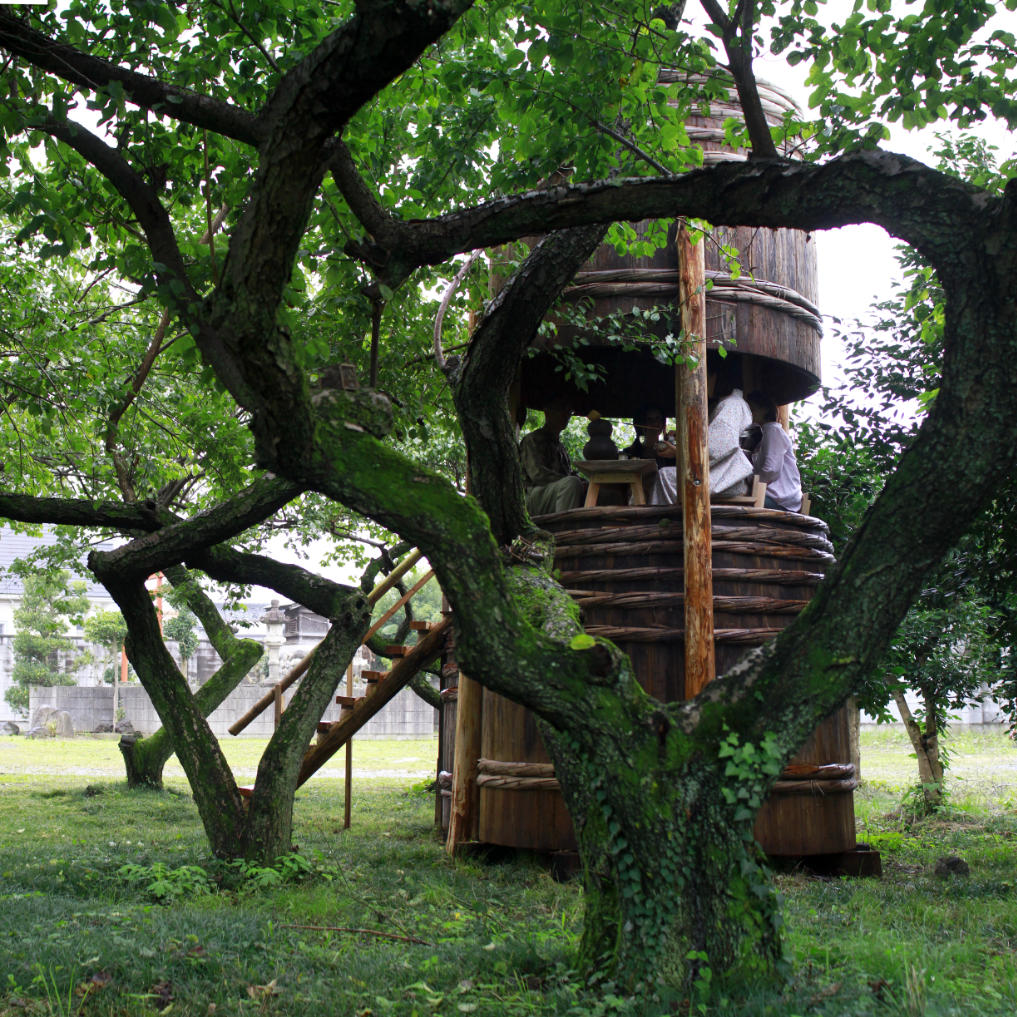 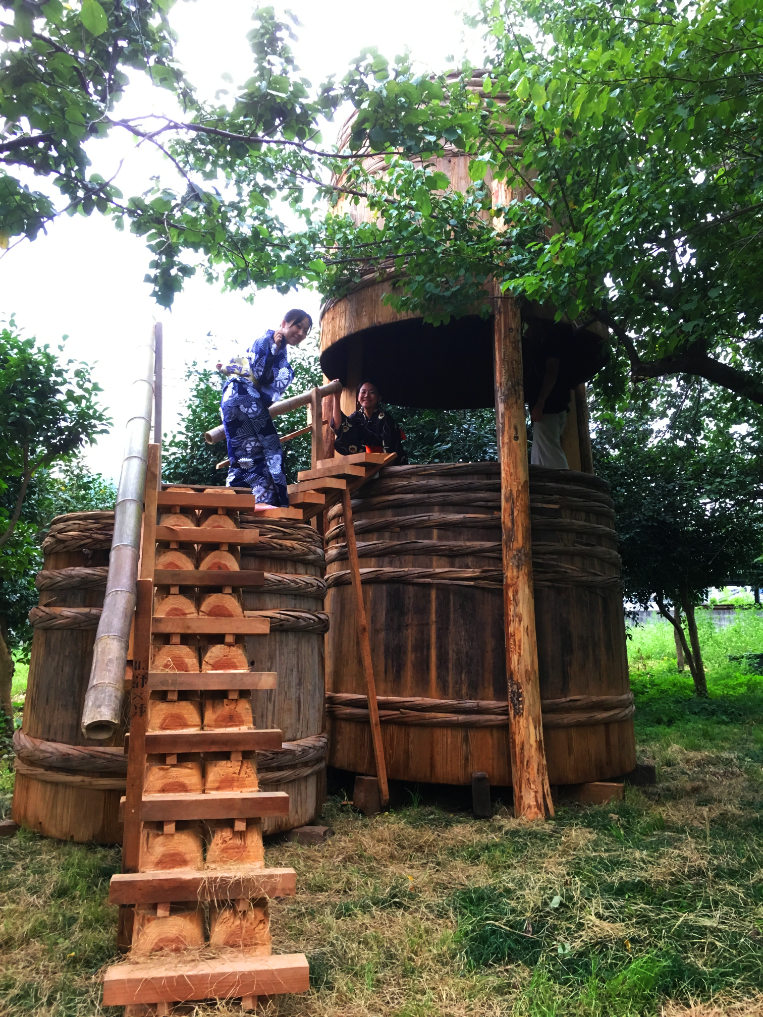 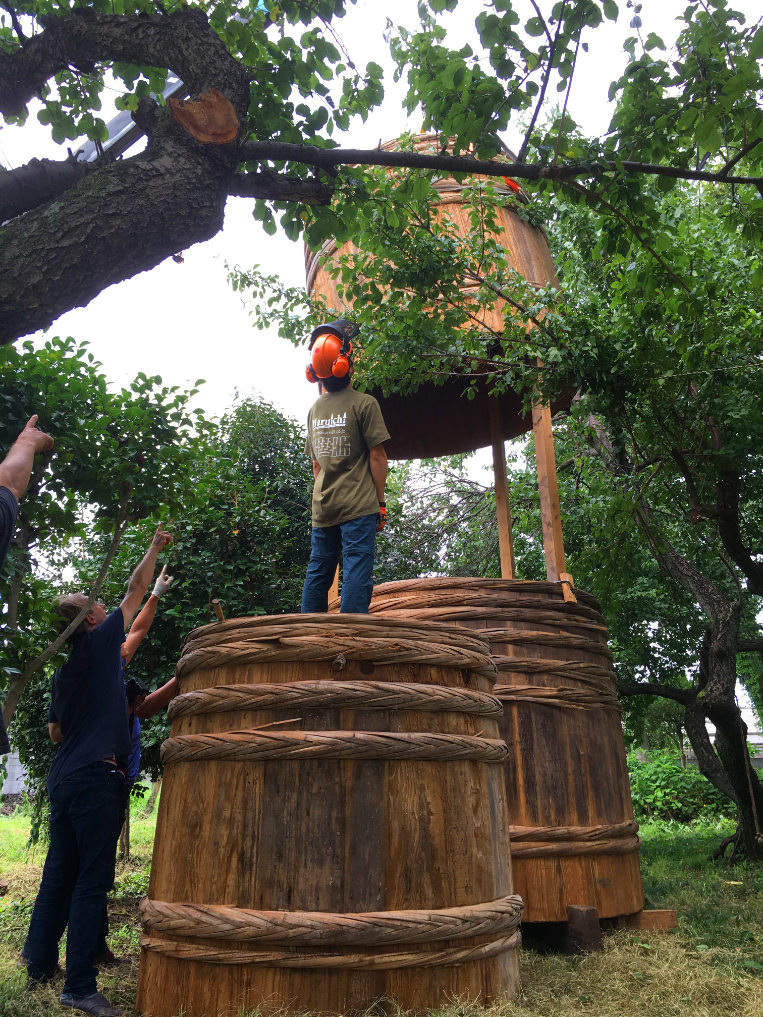 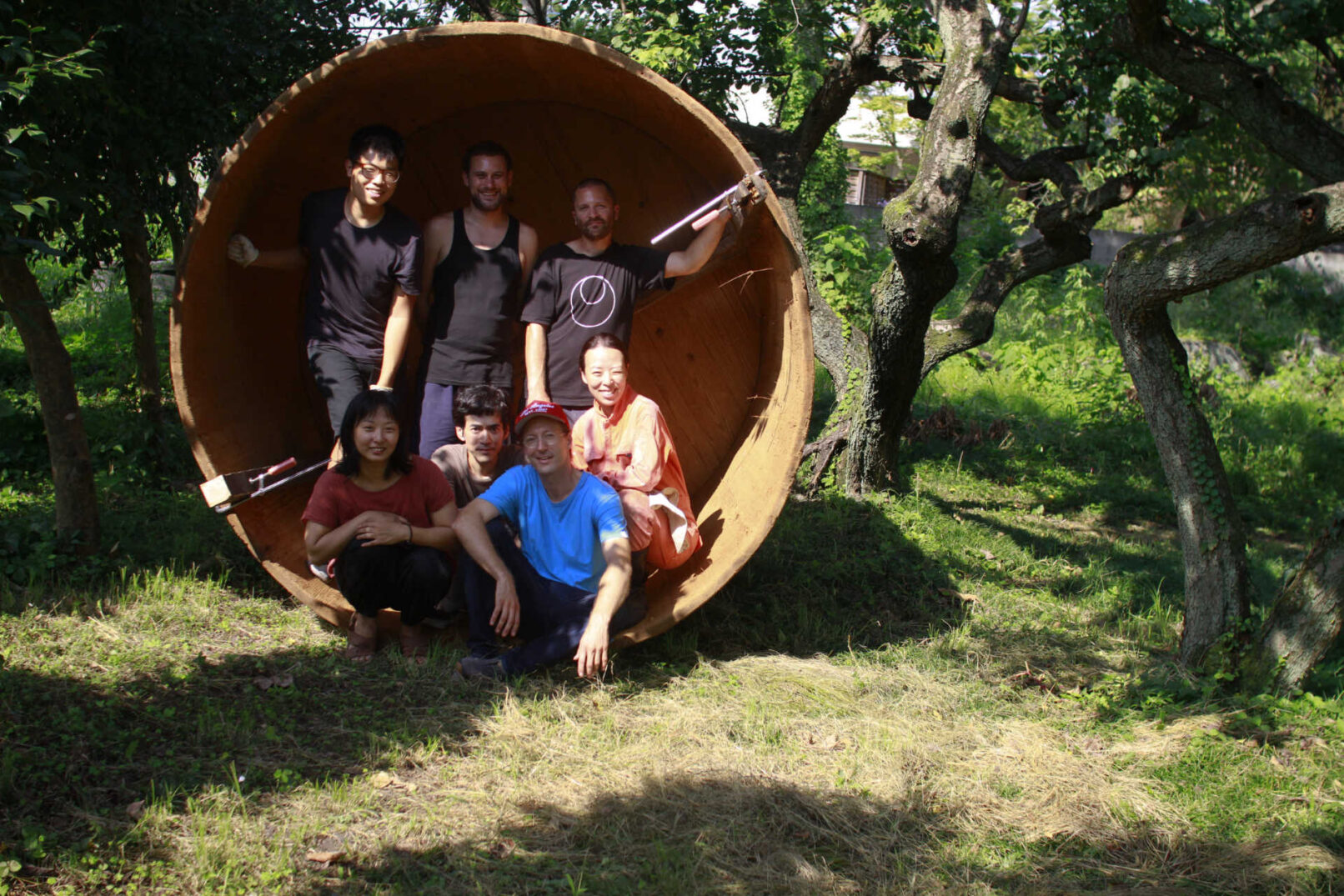 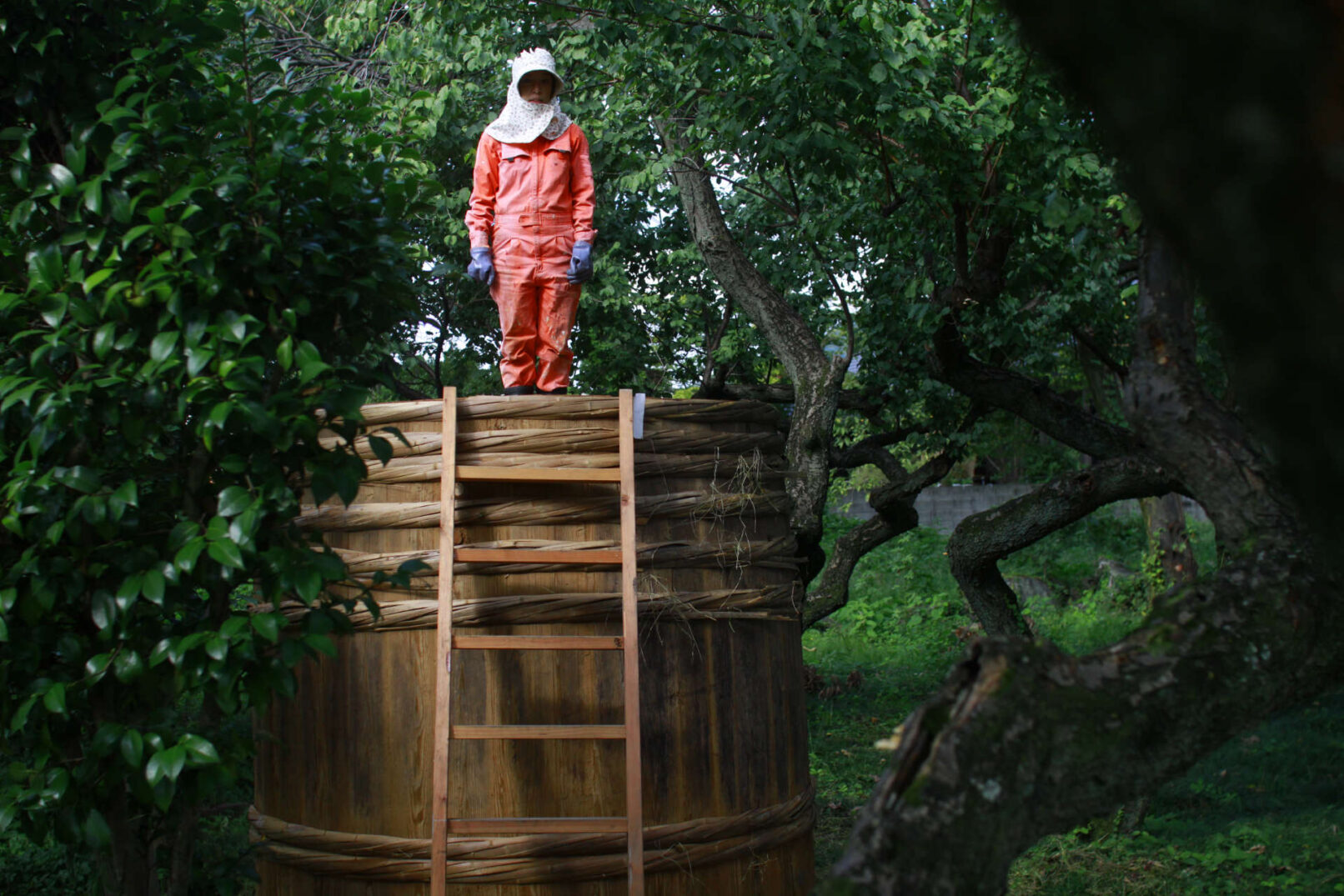