Transition From Arrival To Departure

When Japan opened itself to international trade in 1854 to become a modern industrialised and military power in its own right, the Japanese government sent intellectuals to Europe and the United States to study what was needed for modernization, which included the study of Western Society and Western thought. Most Japanese philosophers turned towards Germany for their inspiration.

How to negotiate the differences between traditional Asian and modern Western values became a major concern among Japanese philosophers in the first half of the Twentieth Century. Today the hyper-connectivity of the Internet and global access on all levels offers new possibilities for cultural studies and a new ground for collaborative projects.

With the event at Weltkunstzimmer – HPZ Foundation, the project initiators Japanese artist/curator Akane Naka-Mori and Austrian/Dutch artist Margret Wibmer examine an old Japanese tradition, which represents many aspects of Japanese culture. Based on a rhizomatic research method driven by desire and chance encounters rather than objectivity, they are carefully negotiating new perspectives. Their collaborators are artists and experts from different fields.

After a successful start of the project in February 2013 at Ishikawa Nishida Kitaro Museum of Philosophy, a building designed by Tadao Ando, this first European event will mark the beginning of an ongoing Asian-European collaboration.

We are delighted to announce that tea ceremony master Fuyuko Kobori from Tokyo will join us for our first set of events in Europe. She is a member of the famous Kobori Enshu family, one of the original founders of that old tradition (1579 – 1647). Butoh dancer Kiyomi Yamashita who studied Indian dance before devoting herself to the study of Butoh, will guide participants and public into a world far from the ordinary. The raw industrial space of Weltkunstzimmer and the soundscape of Minowa Norihito, a Kanazawa based composer and owner of music studio Di-Fairy Co., Ltd., will add to an unforgettable experience. 8 visitors will randomly be chosen as ‘actors’ and participants of the tea ceremony. Visitors who like to be chosen for possible participation, please dress in black!

(text from the press release) 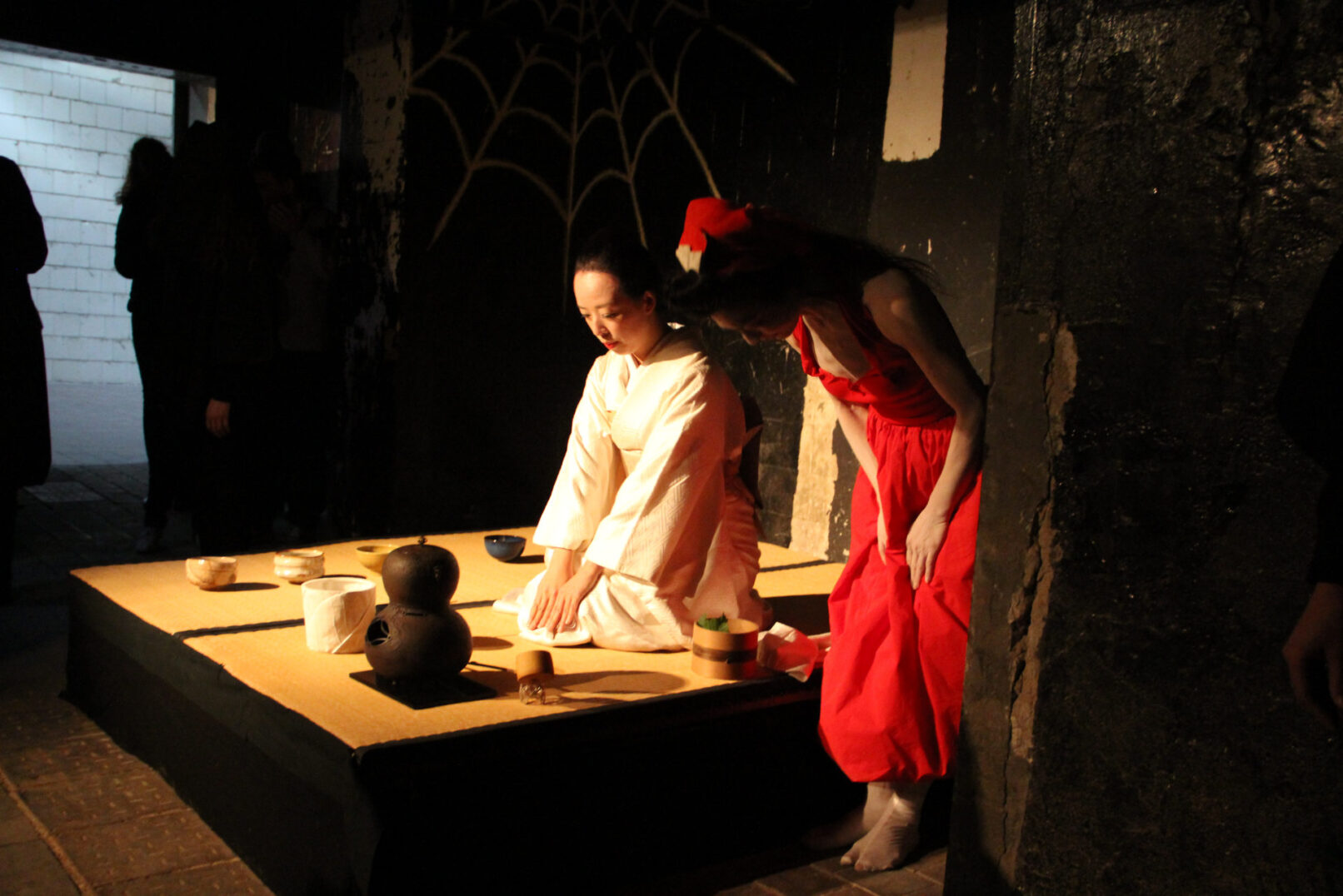 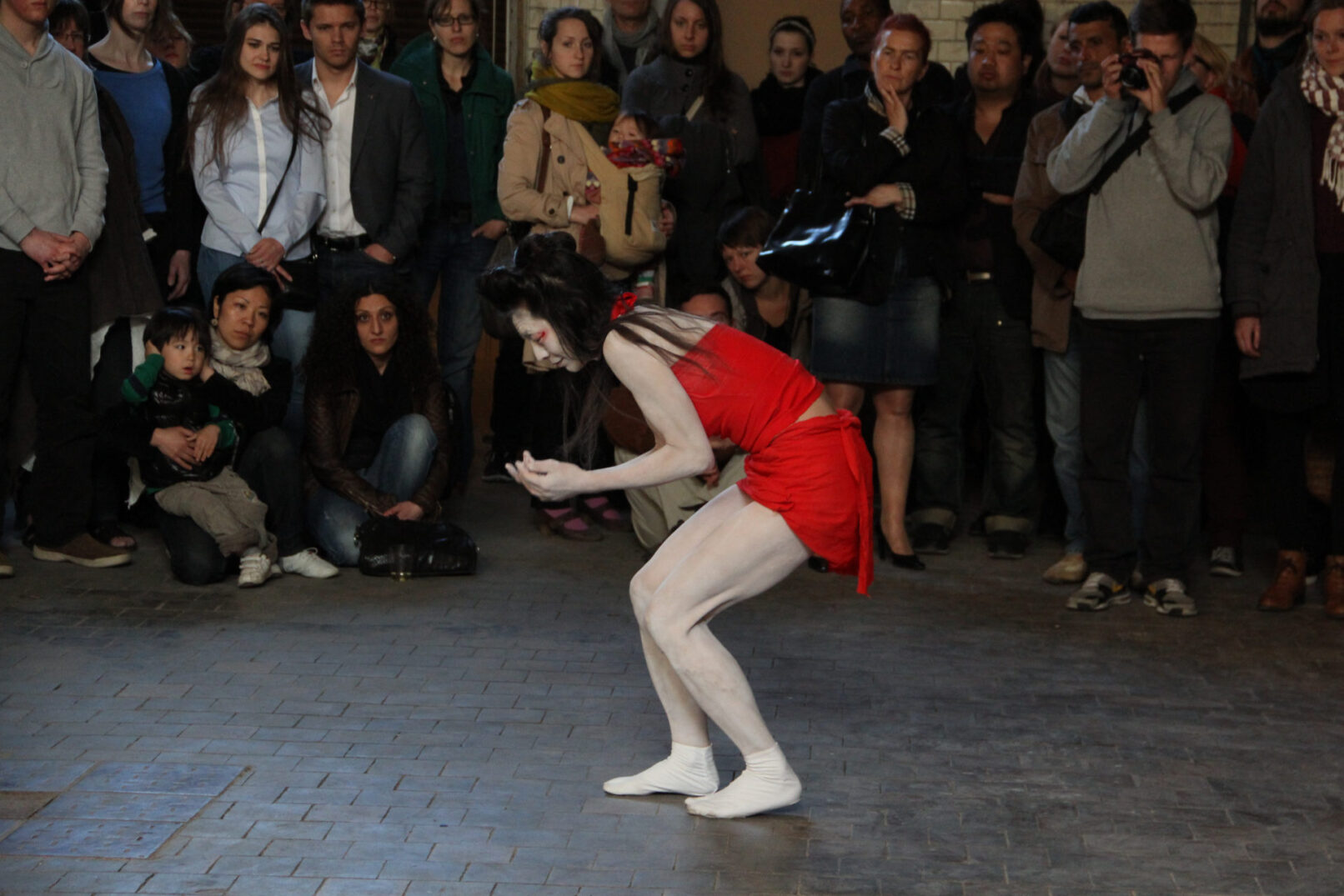 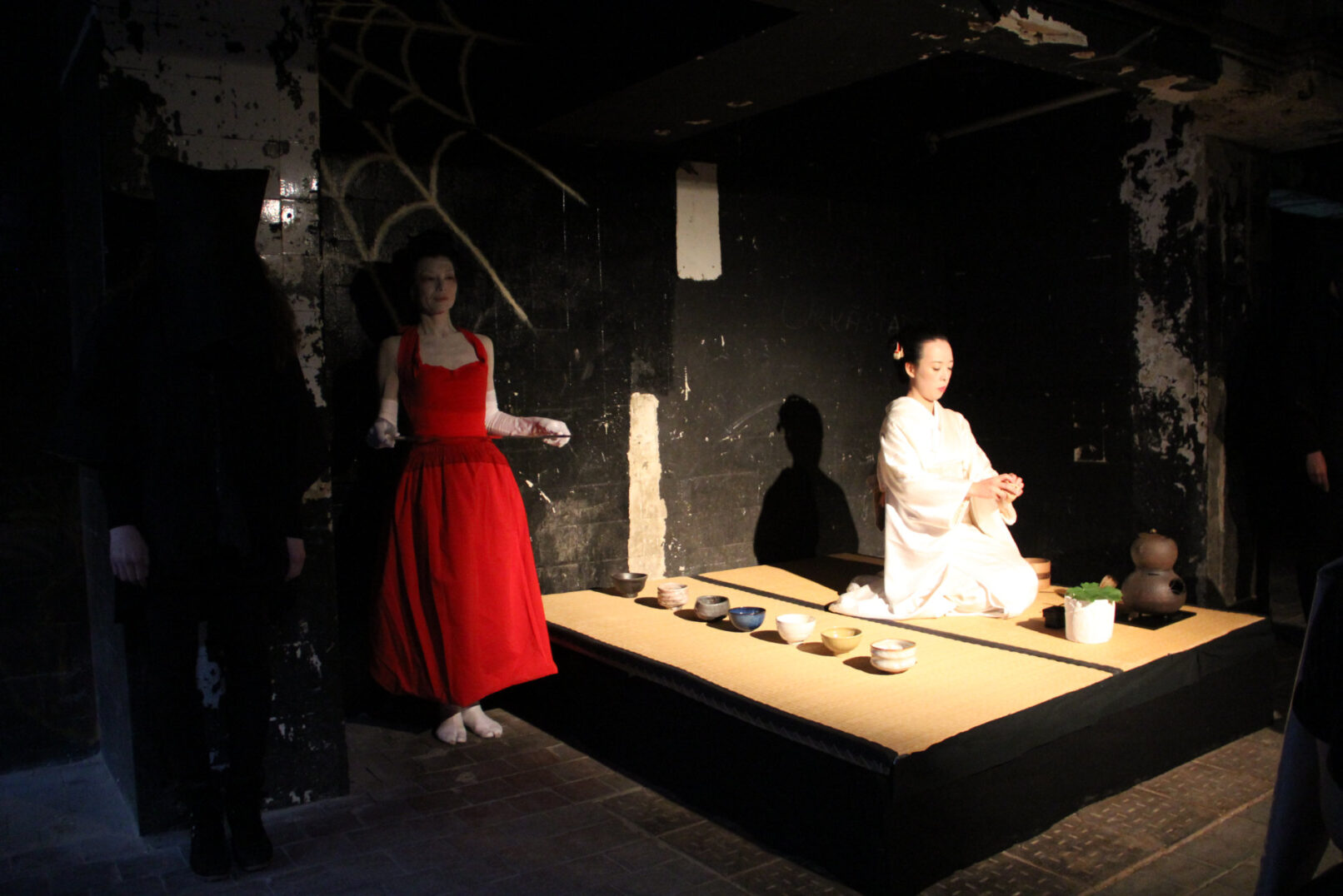 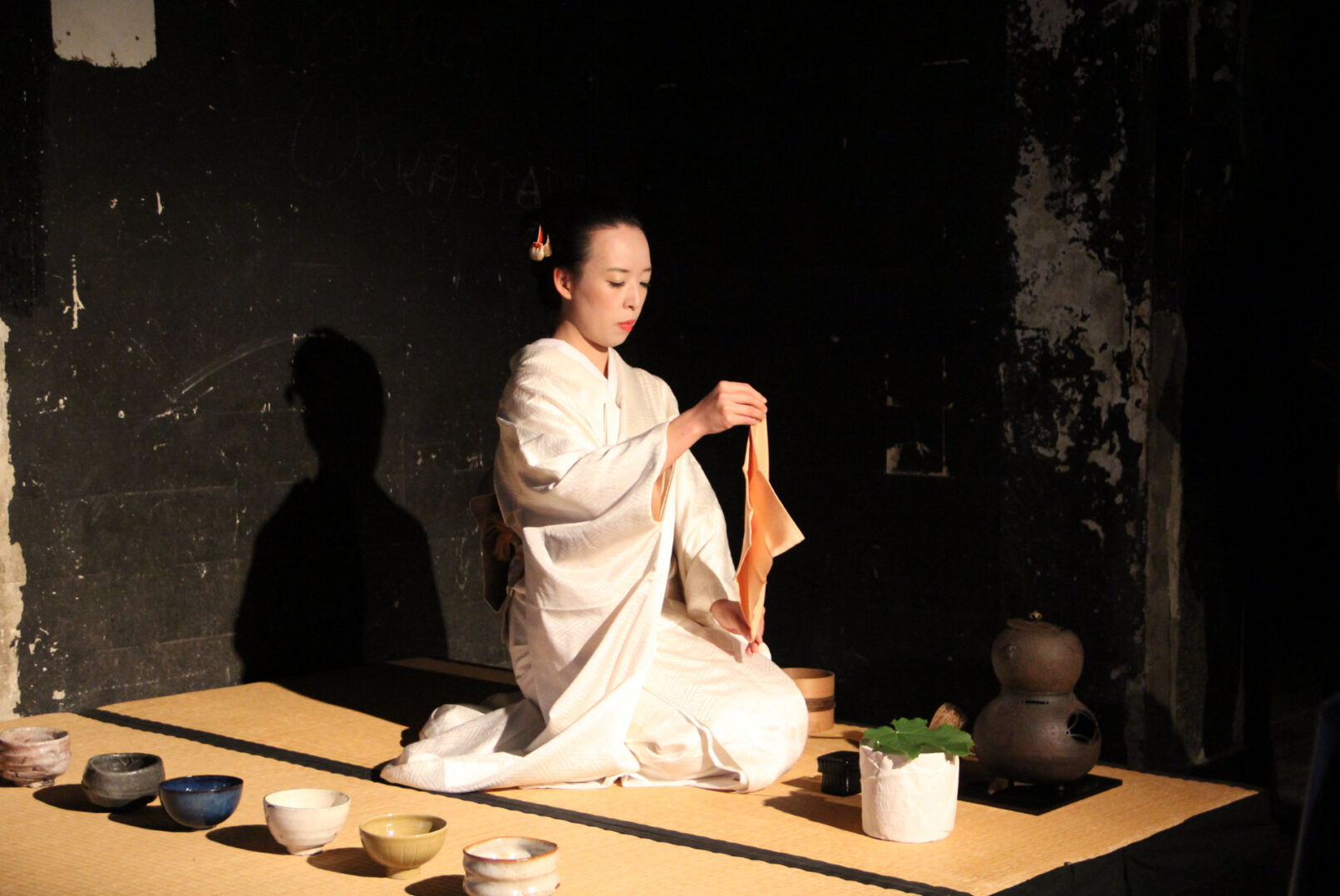 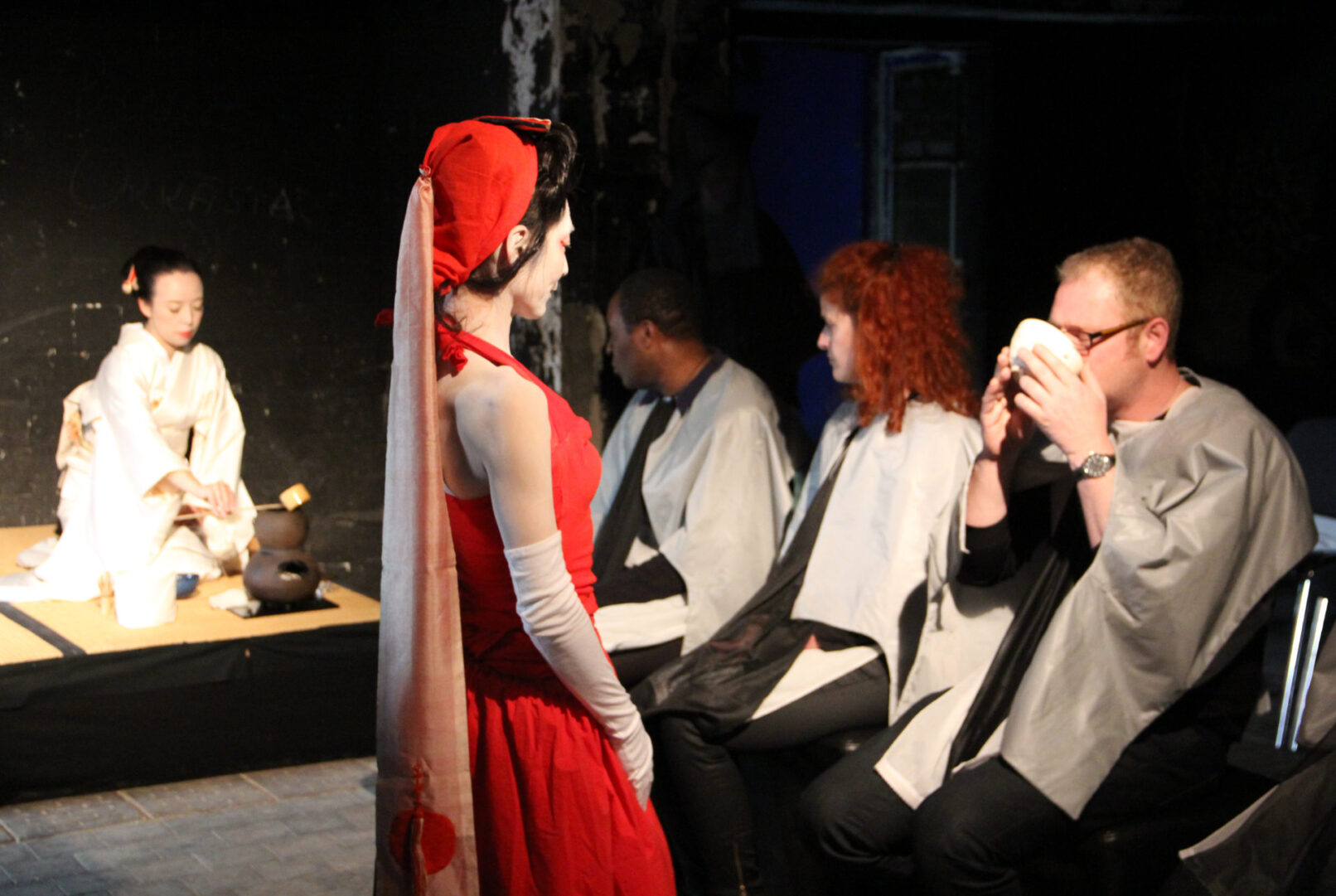