Myogi, a sacred mountain. At the foot of this mountain, where people have believed in mountains since ancient times, the Myogi Museum of Art, which mainly deals with artists from Gunma Prefecture, is located.

In the summer of 2011, the joint exhibition “Myogi 30ennale” was held for about a month, organized by Daisuke Onui, an artist from Gunma.
Contemporary artists gathered by Daisuke Nukui will exhibit a variety of works.

Fuyuko Kobori held a tea ceremony at the lobby of the Myogi Museum of Art as part of the event.

Myogi from the lobby of the museum located at an altitude of 1,000 meters, and the eye balls made by Natsuki Otake, an artist, were scattered around the tea ceremony table, creating a different space.

The costumes were hand-made by Natsunori Otake, and the kimono with glittering eyes was made by Otake. The tea ceremony was decorated by the unique world of Otake, where poisonous and mysteriousness lurked in the pop culture.

The tea ceremony was decorated by Otake’s unique world, which is both poisonous and mysterious in its pop culture. 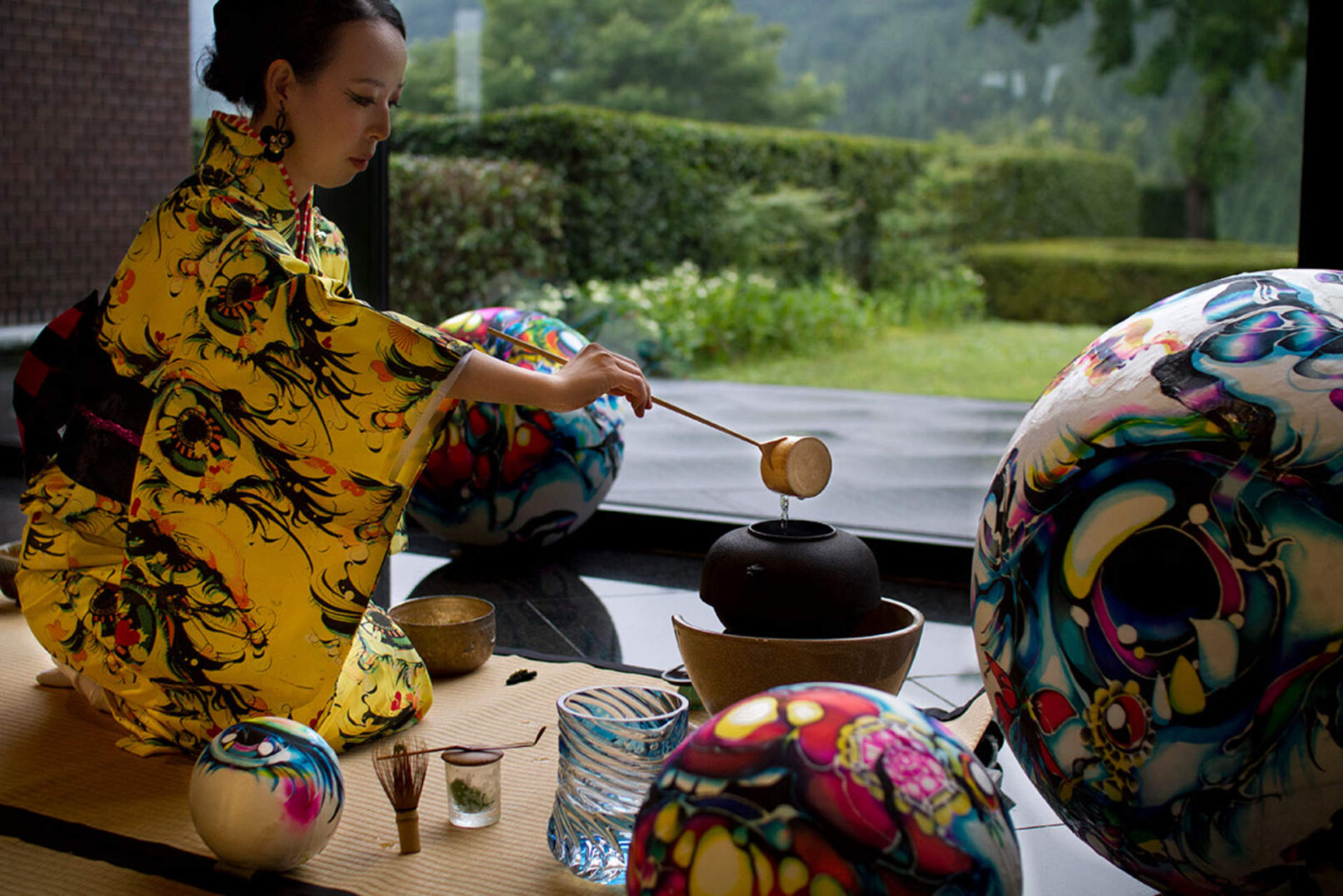 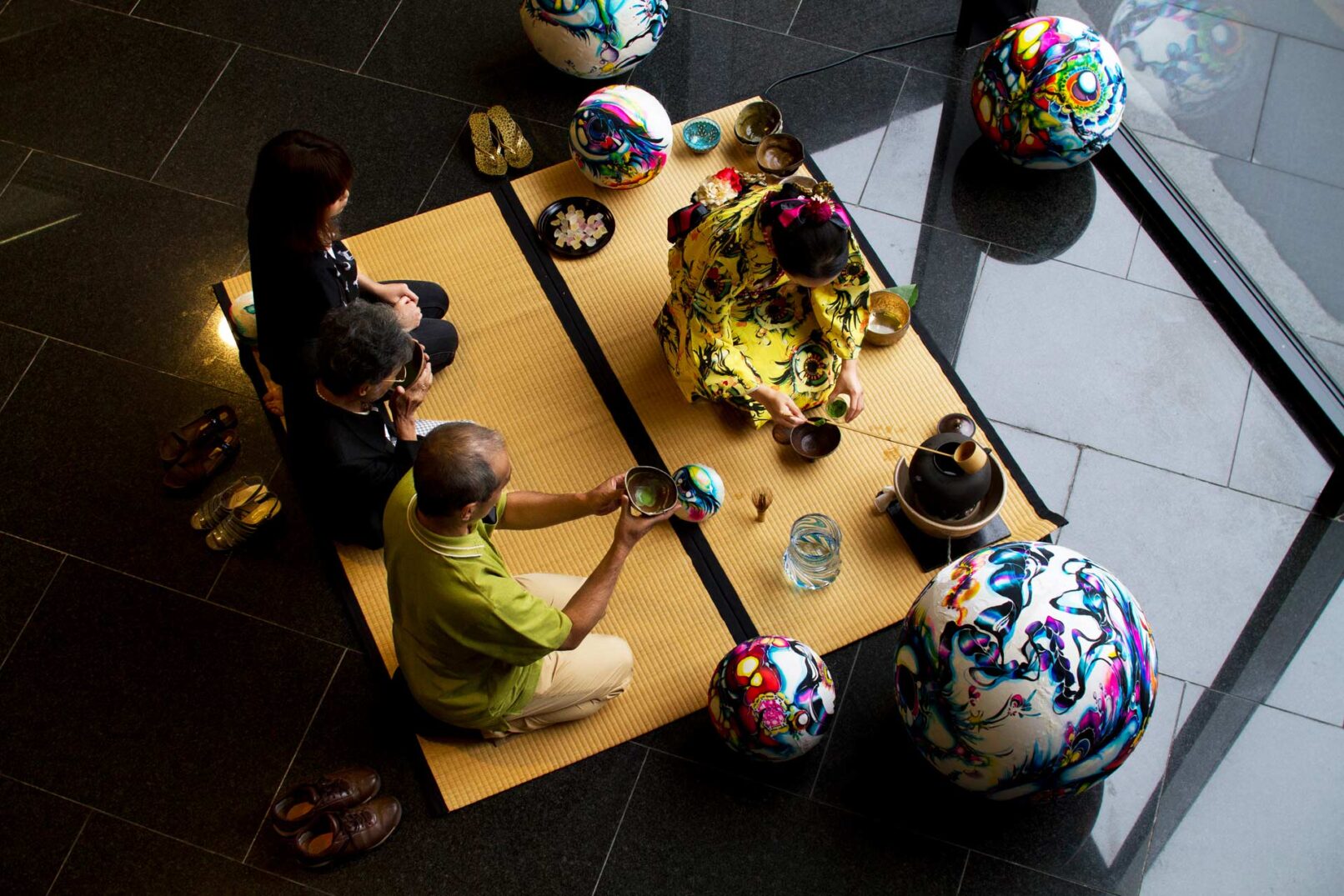 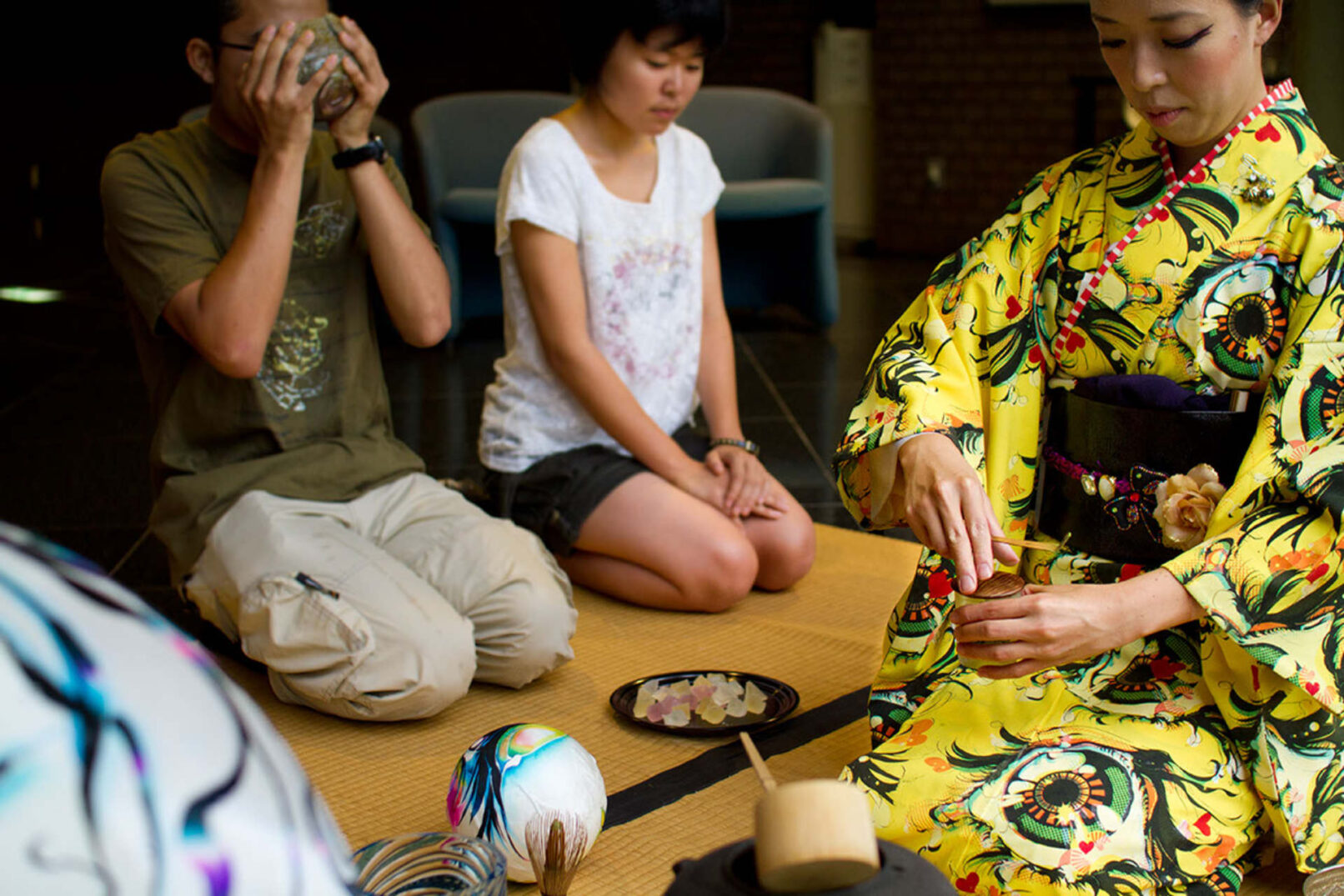 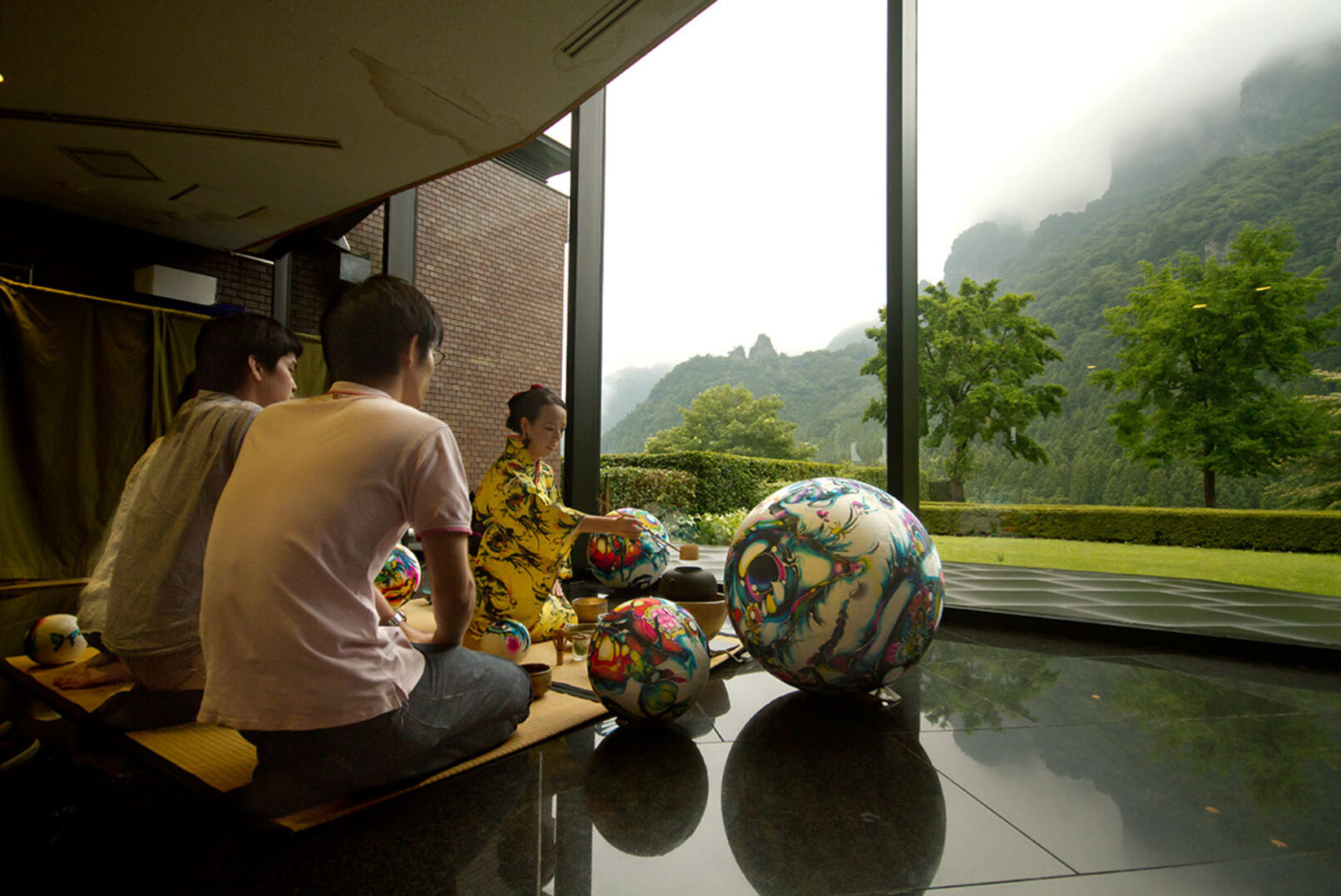 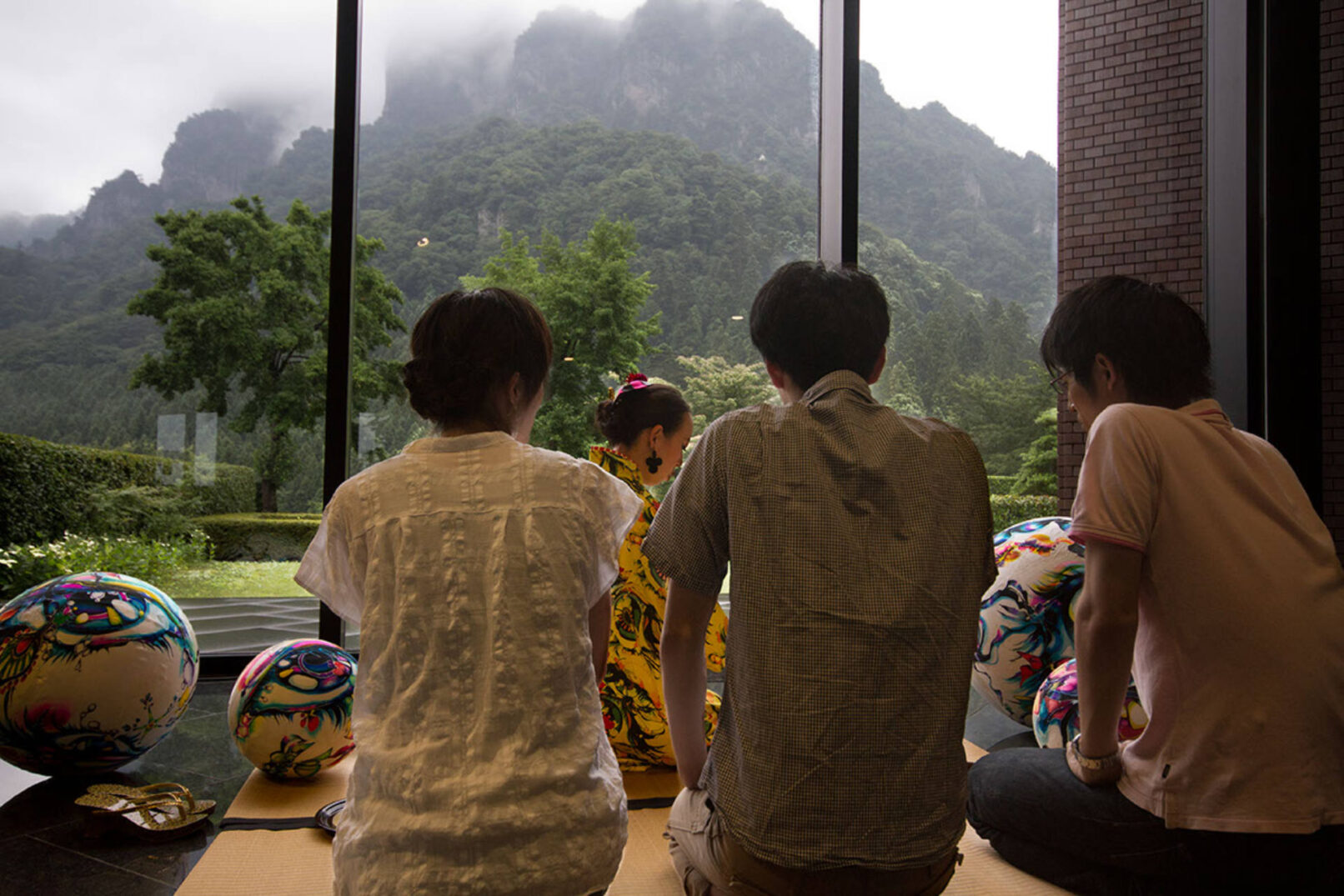